Earlier This Year One Of Our Longest Standing Clients, GAI (The Guild Of Architectural Ironmongers), Asked Us To Us To Re-Brand Their 2015 AGM Event.

This is an important gathering in the architectural ironmongery calendar, bringing together the industry’s key players from both the manufacturing and distribution sectors and gives members the opportunity to hear about what the Guild has achieved on their behalf and its plans to support them for the coming year.

Our goal was to create an identity which was clean and confident but which also demonstrated GAI’s vision and acceleration in the market place.

Obviously, the identity had to sit seamlessly alongside the existing GAI logo. By shortening the words ‘Fast Forward’ to ‘FFWD’ it immediately becomes more memorable and current and the use of graphic chevrons represents the ‘Fast Forward’ symbol which is so well known.

Our first thought was to give the title ‘Fast Forward’ which had the added advantage of underlining their plans for the coming year as well as a commitment to the future.

In addition to the new identity, Cloud 9 also designed and produced the event invitations, promotional clothing, signage, badges and lanyards. 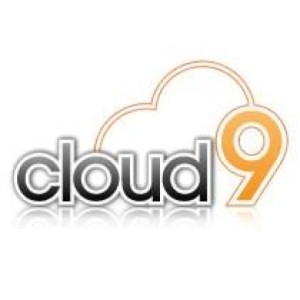