You may know that there is little event on in London at the moment called the Olympics.

After going through the ridiculous ticket selection process and getting just two tickets, waiting 8 months, then having to get up at 3am(!) to travel down to the Olympic park, my wife and I, Lyns had made it. We became part of it, & it all became worth it.

Everything about the place was great. It completely lived up to all the hype we had seen on the tv & the internet. After arriving early in the morning and making our way through the security checks, we made it in to the park and promptly got the cameras out.

After taking a few snaps we made our way to the main stadium to see our events. The athletics qualifying, which covered the women’s 100m hurdles, men’s 800m, women’s 1500m, women’s shot put and the men’s discus. We walked in to the stadium (which didn’t look as big as it did on TV, wide-angle lens me thinks) and found our seats, which couldn’t have been much closer to the action, just a few rows up from the track! We had got some of the best tickets going, with nothing other than luck on our side.

We got seated and the men’s discus kicked off the events, and ran while the other events took place too. Lawrence Okoye was the one to watch for team GB. He had a couple of throws that…, well lets just say that they had not been on target. One of which missed the two photographers by a narrow margin (see images), but he pulled it out of the bag on his last go and made it through.

After all the events we had some lunch & the went off to go up ‘The Orbit’, which is the large red, white and blue sculpture/tower that’s next to the main stadium, where we could look out over the whole Olympic park & most of London. Again the cameras came out.

Once we made our way down from there we spent the rest of the day walking around the Olympic park and taking in all the sights. At the end of it all we made our way back to the bus & home after having a once in a lifetime experience that will stay with us both.

Well done to all the people who have been a part of it all, you made it. 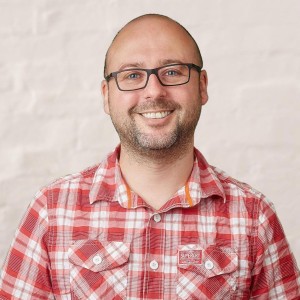 PrevPrevious‘Blues and twos’ – Nicola spends a day at Stechford Police Station, Birmingham
NextWhile I was paddling in St Ives…Next